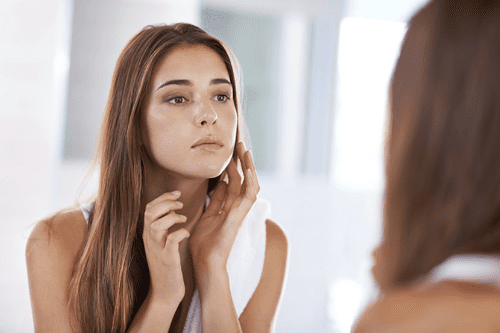 Persistent and untreated inflammatory acne lesions may cause various degrees of permanent scarring. Laser resurfacing is one of the most effective ways of reducing and clearing acne scars.

Available laser treatments include ablative and non-ablative skin resurfacing. The choice of treatment depends on the type of scar (box, rolling, or icepick) and on the patient’s preferences and expectations in terms of number of treatments and downtime.

Kaizen MediSpa offers a range of ablative and non-ablative resurfacing solutions tailored to each practice and each patient’s needs and preferences.

Skin resurfacing procedures use lasers to reduce the signs of aging and improve skin texture, laxity and tone. They are also used for scar and stretch mark reduction as well as for treatment of a variety of other cosmetic concerns. Skin resurfacing can be achieved with either ablative or non-ablative lasers (see our AcuPulse treatment). Non-ablative resurfacing keeps the skin intact, stimulates collagen growth and tightens the underlying skin. It is ideal for patients who prefer a milder treatment approach with less downtime and no risk of skin infection.

The Lumenis ResurFX™ is the only true Fractional Non-Ablative solution on the market. It uses an advanced scanner technology called CoolScan™. CoolScan™ uses a sophisticated, patent-pending algorithm for non-sequential scanning which ensures that the energy delivery is precise and homogenous, so the required coverage is achieved in only one pass. The ResurFX™ module is available as part of the M22™ multi-application platform.

Scars result from a chaotic wound healing response leaving behind fibrotic tissue due to irregular collagen formation. There are different types of scar including atrophic, hypertrophic, contracture and keloid scars. Available scar revision therapies depend on the type of scar, and range from topical creams for mild scarring, to grafting in the case of large, traumatic scars. Laser scar revision is an effective method for treating a wide range of scars that improves skin texture and pigment as well as functional aspects.

For acne and some surgical scars (see also Acne Scars Treatment), fractional skin resurfacing can effectively treat textural and pigment concerns. IPL can also be used to decrease pigmentation and vascular effects. Scars caused by burns and other traumatic injuries are more complicated in nature and can negatively affect the quality of life due to disfigurement, pain, bleeding, pruritis (itching) and restricted range of motion. Fractional ablative laser resurfacing has been proven to effectively treat such scars and provide consistent and significant functional improvement as well as measurable cosmetic benefits.

The Kaizen Solution for Scar Revision